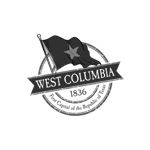 The City of West Columbia has operated under the Council-Manager form of government since May 16, 1942. This system combines the strength of an elected Mayor and City Council with a professional manager and staff.

Under the city manager plan, the council serves as the legislative body. The council sets policy, it approves the budget and sets the tax rate, and it determines the size of the payroll and the extent and cost of municipal services. In short, the council is the final authority on all of the many policy decisions that determine the scope and functions of the city government.

The typical city manager in Texas is appointed for an indefinite term and is subject to dismissal by the council at any time. He or she is designated as the chief executive and administrative officer of the city and is accountable to the council for the proper conduct of all municipal operations. The manager has the unilateral authority to hire, discipline, and fire the department heads under the manager's control.

Although the manager's role varies from one city to another, the primary function is to implement the policies established by the council and ensure that the city is operated in an economical and responsible manner. Specific duties of the manager may include the following: